100 years of being made in Germany

Seit mehr als einem Jahrhundert steht der Name HEKO für Werte, die von unseren Kunden in aller Welt geschätzt werden: Kompetenz, Zuverlässigkeit und garantierte Spitzenqualität „Made in Germany“. Unsere erfolgreiche Firmengeschichte verkettet eine fundierte Grundhaltung mit dynamischen Entwicklungsprozessen, die sich traditionell
For more than a century the name HEKO had stood for values which are appreciated by our customers all over the world: competence, reliability and guaranteed top quality which is “Made in Germany”. Our successful company history combines a well-founded basic approach with dynamic development processes which are traditionally oriented towards the real needs of customers and markets.
Our core competence is bulk material conveyor technology. For users of this technology, we manufacture a wide range of chains, sprockets, fastening elements and assemblies. HEKO is the market leader in the field of heat-resistant rotary kiln chains.
The processes we use are considered in the industry to be particularly customer-friendly and environmentally-friendly. For a long time, this has been the ideal basis for a long-term partnership characterised by fairness and mutual trust. 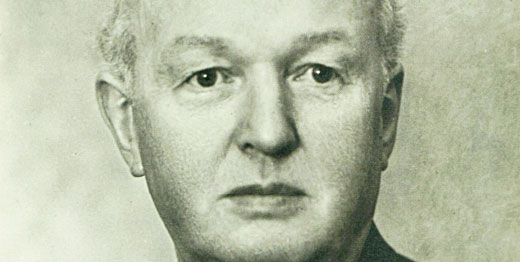 In the middle of the war year of 1917, the so-called "epochal year", Hermann Koch founded a forge, hired eight employees and began to manufacture round steel chains. In those days, this was sweaty manual work because the individual chain links had to be forged piece by piece with a hammer at the forge fire. Above all, setting up this business was a real risk because of the terrible winter of starvation in 1917, which people are still aware of now in Germany, and there were also supply bottlenecks in all economic sectors at that time.

These were extremely unfavourable starting conditions for a "young entrepreneur" who could not do much more than demonstrate manual skill and determination.And yet: he successfully mastered the difficult initial phase and, in 1921, the chain forge in Wickede had become firmly established. 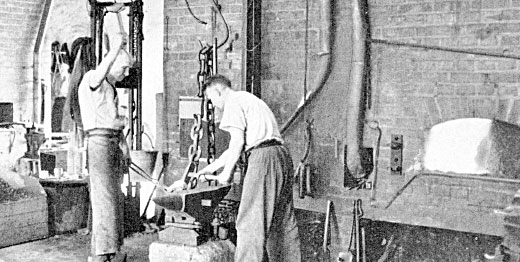 Motivation, quality and reliability are always valued. HEKO was able to stand out with exactly these characteristics, meaning that it was only a question of time until a growing customer base and a constant increase in order volumes would be too much for the original capacity of the plant at the Hauptstrasse 14 headquarters. What should be done?

This is a question that must have occupied Hermann Koch for several days and nights before he finally decided to invest in the expansion and thus in the future viability of the company. Soon a suitable area for the construction project was found at Eisenbahnstrasse and HEKO was therefore able to inaugurate a second plant only five years after the first hammer blow. 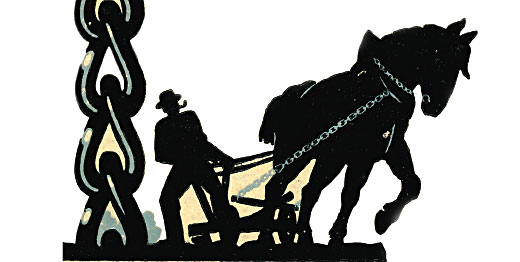 The beginnings of professional quality inspection

The location at Eisenbahnstrasse became the headquarters of the company, which was growing rapidly, in 1929. For the first time, studded anchor chains were included in the production range. Since marine and merchant shipping organisations have very special requirements for these chains, HEKO has their quality checked and confirmed by external classification organisations.

In parallel, in-house test systems are installed for the first time. Another important step took place in 1936: by expanding the capacity of the hand-forging business, the necessary requirements were created to manufacture studded anchor chains with a diameter of up to 70 mm. 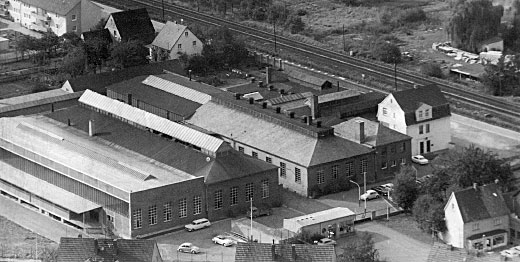 Improvement of the wear resistance

Wear is a cost factor that should not be underestimated in all industrial areas. Manufacturers of goods whose materials, regardless of the type and consistency, show signs of wear in the short or long term due to heavy use, can therefore gain a competitive advantage if they manage to reduce this wear.

This prompted Hermann Koch to carry out targeted tests to improve the wear resistance of the chains by means of case hardening. The first experiments were carried out in 1939 in a pot furnace plant. Four years later, after setting up a hardening operation with several furnaces, it was finally possible to harden chains to a greater extent. 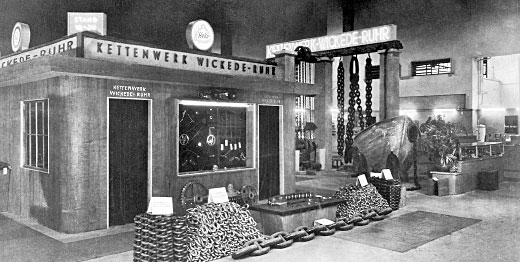 Restart at all levels

The end of the Second World War also caused a significant break in the Wickeder chain forge company and a temporary suspension of all activities. However, there was no question of continued resignation. Despite the difficult living conditions for everyone and the prospects which were initially rather gloomy, the company management and employees stuck together to build something new as quickly as possible on the foundations of the past.

Thanks to vigorous efforts and persistent negotiations, Hermann Koch received permission from the Allied military authorities to resume production in the autumn of 1945, the capacity of which he was able to expand a few months later with new production facilities and machines. With perseverance and diplomatic skill, he also succeeded in reviving interrupted business relationships and, above all, in establishing valuable contacts abroad. 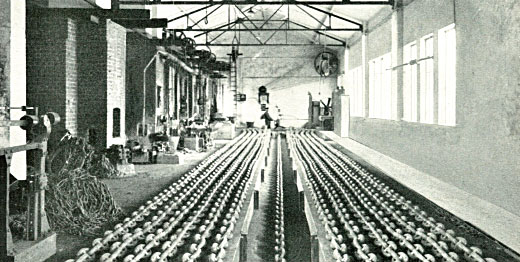 A fulfilling life shaped by creative drive  ends when Hermann Koch closes his eyes forever on 7 July 1955. One of his outstanding achievements is without question the successful setting of the course in the post-war years. The son and successor, Franz Josef Koch, thus takes over his legacy.

The "social market economy" prescribed by politicians as a framework directive is not a cheap buzzword for the new company owner, but a real passion that he consistently implements in his sphere of influence. He therefore set up a pension fund for the company pension scheme for employees as early as 1959. At the same time, he devoted his efforts intensive customer contact and internal modernisation within the company. 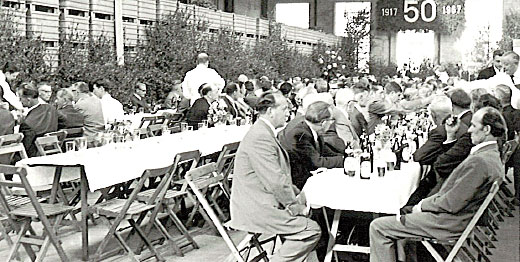 Anniversary as a stage and incentive

Personal commitment and a pronounced awareness of quality are always rewarded.  Franz-Josef Koch and his team of employees also had this positive experience, especially in the mid-1960s.

Constant expansion of the customer base and a continuous increase in the turnover also require investment. In 1965, it was still sufficient to expand the existing workshops but, two years later, the production facilities had to be expanded considerably. Just in time for the 50th anniversary of the company on 31 July 1967, the developed area reached 6,000 m2 at the time and the number of employees rose to 130. 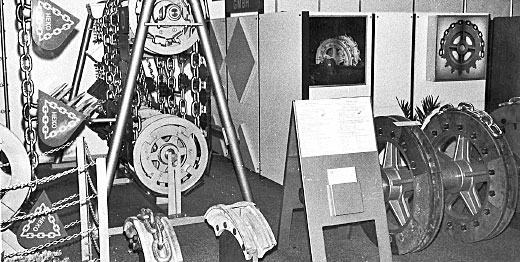 Rounding off the range

The company, which was trading under the name Hermann Koch KG at the time, took an important step towards the future in 1970 with the start of production of HEKO sprockets. With this well-considered diversification, it is possible to expand the vertical range of manufacture and thus enabled the company to become more attractive for the buyers of traditionally manufactured chains.

Another benefit is to purposefully expand the potential of possible new customers. The owner of the company, Franz-Josef Koch, emphasises new social topics with an extensive broadening of the range of services offered by his pension scheme for the employees in 1974. The hardening shop is completely modernised in the following year. The company received a new basis in terms of company law in 1978 when it became Kettenwerk Wickede Ruhr GmbH. 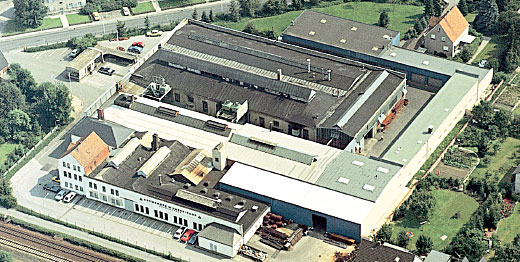 In 1983, a separate office wing was built for the "Technology" department and a laboratory was built to concentrate all the test facilities, which were numerous by this stage. Production receives an innovative boost in 1985 This took place firstly through the purchase of fully-automatic bending and welding systems and through the changeover of the hardening shop to computer control. These important investments in the 1980s are rounded off by increasing the storage capacity. 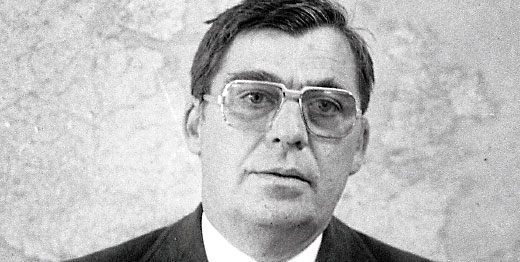 The early 90s were characterised by an increased concentration on highly wear-resistant components for conveyor systems in the bulk material handling industry. Preceding or accompanying measures for this are the expansion of chain production to a wire diameter of up to 42 mm, investment in the first CNC-controlled machining centre for sprocket production and, finally, the capacity expansion of the hardening shop. These future-oriented measures can be seen as a final legacy from Franz-Josef Koch, who died in the company's 75th anniversary year on 16 July 1992. In the same year, Alexander Koch took over the management of the company in the role of Managing Director in the third generation. 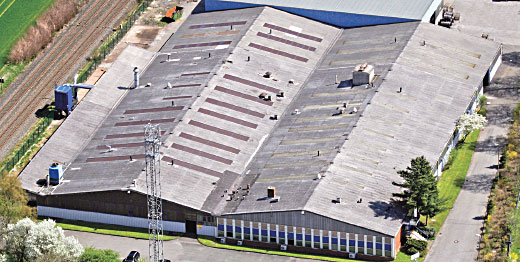 The next phase in the company's history is all about investment and expansion. In 2004, HEKO acquired the traditional company Prünte Kettenwerk GmbH & Co. KG in the neighbouring city of Fröndenberg. On the one hand, this increases the production area by 9,000 m2 and, on the other hand, and this is at least –as important too, HEKO also expands the capacities with welded rotary kiln chains made of heat-resistant materials and suitable accessories for the cement and paper industry.

Managing Director Alexander Koch sees a new opportunity for medium-term and long-term growth in the increasing opening up of the Chinese market. True to the maxim "better to act than react", HEKO therefore opened a sales base in the capital, Beijing, in 2005. At the same time, the next investment project is already underway at the headquarters in Wickede. It is a state-of-the-art vacuum hardening plant that will be installed in a specially renovated production hall and will go into operation in 2007.
In May 2012, the HEKO Group acquired Klein GmbH Spezialketten in Sprockhövel.Klein produces steel link chains for bulk material handling systems. The company has 25 employees. For HEKO, Klein is the door through which to enter a new market segment. Products that were previously only trade items are now manufactured in-house. Klein benefits from HEKO's international sales network. 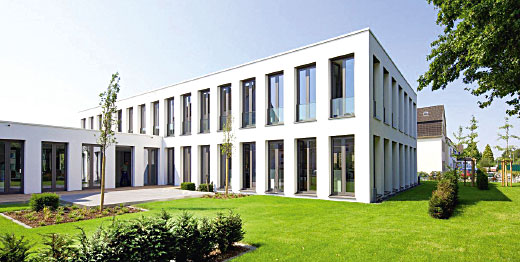 HEKO focuses on the future

On 6 September 2013, there was a special occasion to celebrate in Wickede. In the presence of numerous guests from business and private spheres, the new, ultra-modern administration building for HEKO Ketten GmbH was opened on schedule. Importantly, the event was understood by employees and business partners of the traditional company as a clear signal of a healthy dose of optimism and a clearly-defined future orientation.